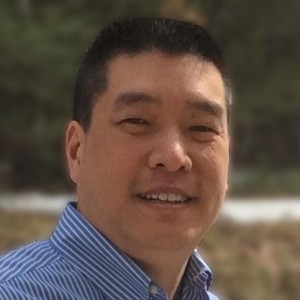 In a recent post, I shared a simple way to assess your use of technology with the SAMR model. I wanted to provide an example of what this looks like in action. Let’s run through an example of students writing an essay for Mr. Smith’s high school US History 11 class.

Mr. Smith’s school is not a 1:1 school, and access to computers and good broadband outside of school is inconsistent across the school community. For this reason, Mr. Smith dedicates class time for the students to use the school lab to do research and write. Up until this year, the lab computers has a regular client-based word processor like Word or Pages. The school has a file server behind the firewall (inaccessible from home) where every student has a network folder to save work.

Recognizing the value of peer editing and review, at various times, Mr. Smith has students swap chairs so that they can read each other’s essays and use the commenting feature in the software to offer constructive criticism and suggestions. Midway through the process, he also has students print a draft so he can provide some feedback before final edits are due. Throughout the process, as students research and find good resources and information online, they write the URLs on the board for the benefit of the class. Daily Mr. Smith collects these URLs and updates a simple web page with the sites for easier access. This has worked for Mr. Smith and his students for the most part, for a number of years.

This year, his district adopted a cloud-based productive suite such as Office 365 or Google Apps For Education. That brings many new features including automatic cloud-based saving of your work, the ability to have multiple editors on the same document at the same time, and the capacity to edit a document from outside the school provided you have a computer with broadband connectivity.

Let’s look at some different scenarios for Mr. Smith’s History 11 research and essay writing assignment now that the district has adopted this new cloud-based productivity suite. While all of these scenarios present a different picture when compared to the “old” way, focus on the tasks and not the technology. Is the new version of the task the same or different as compared to the “old” way? If it is the same, are there functional improvements brought by the technology? If the task is different, is it a modification of the old task or is it a different task altogether that is enabled by the technology?

Ultimately, as with any classroom scenario, while change is a necessary component to achieving different outcomes, not all change is for the better!

Mr. Smith asks his students to use the new cloud-based word processor. He likes that it auto-saves, eliminating excuses from some students that they forgot to save their work. Students are still paired as feedback editing partners, and they still swap chairs to provide feedback when he asks them to do so. He continues to maintain a simple web page of the resources students find online, and asking for a printed draft midway through the process to provide feedback.

Instead of asking his students to get up and swap chairs to provide feedback to a peer, he instead asks students to share their essays with their peer so that their peer is allowed to leave comments. Students open each other’s essays when Mr. Smith prompts them to do so for feedback sessions. He also creates a shared research word processing document so that students can simply copy and paste URLs to resources they find as they are doing their research eliminating the need to maintain a web page, He continues to ask for printed drafts midway through the process to provide feedback to his students.

Mr. Smith does everything as described in Scenario 3, with one small change and he adds one final step. He stops prompting students to do a peer feedback session, and instead sets it as an expectation. This empowers students to ask their peer for feedback when they are ready. Additionally, students are now required to hyperlink their essays to each others’ essays anytime they reference an historical place, person, event, or idea where in one of their classmate’s essays it is explored more deeply or has other information. Students share their essays with the entire class so that each can read the other essays to determine where their research and essays intersect with a classmate’s research.

Now that you’ve read through these scenarios, do you agree with my categorization of them? If not, please leave a comment and share your thoughts. Further, you can look at these scenarios as a progression. One could implement them one after the next as you and your students gain confidence in the use of the technology. When you consider any given scenario against the next, then how does your assessment of the “new” task with SAMR change? Does it? 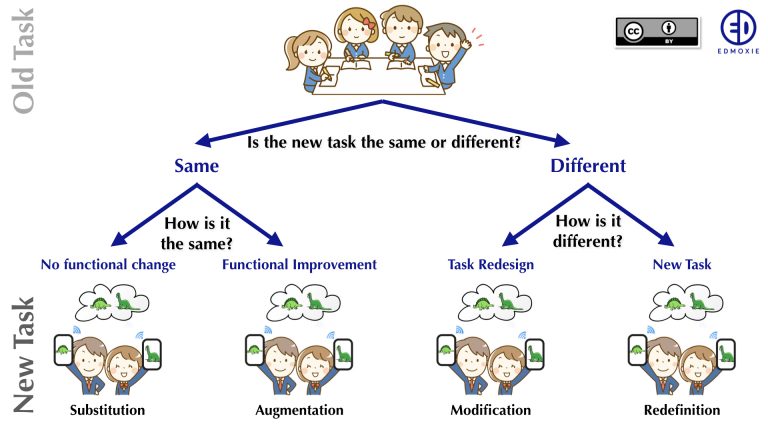